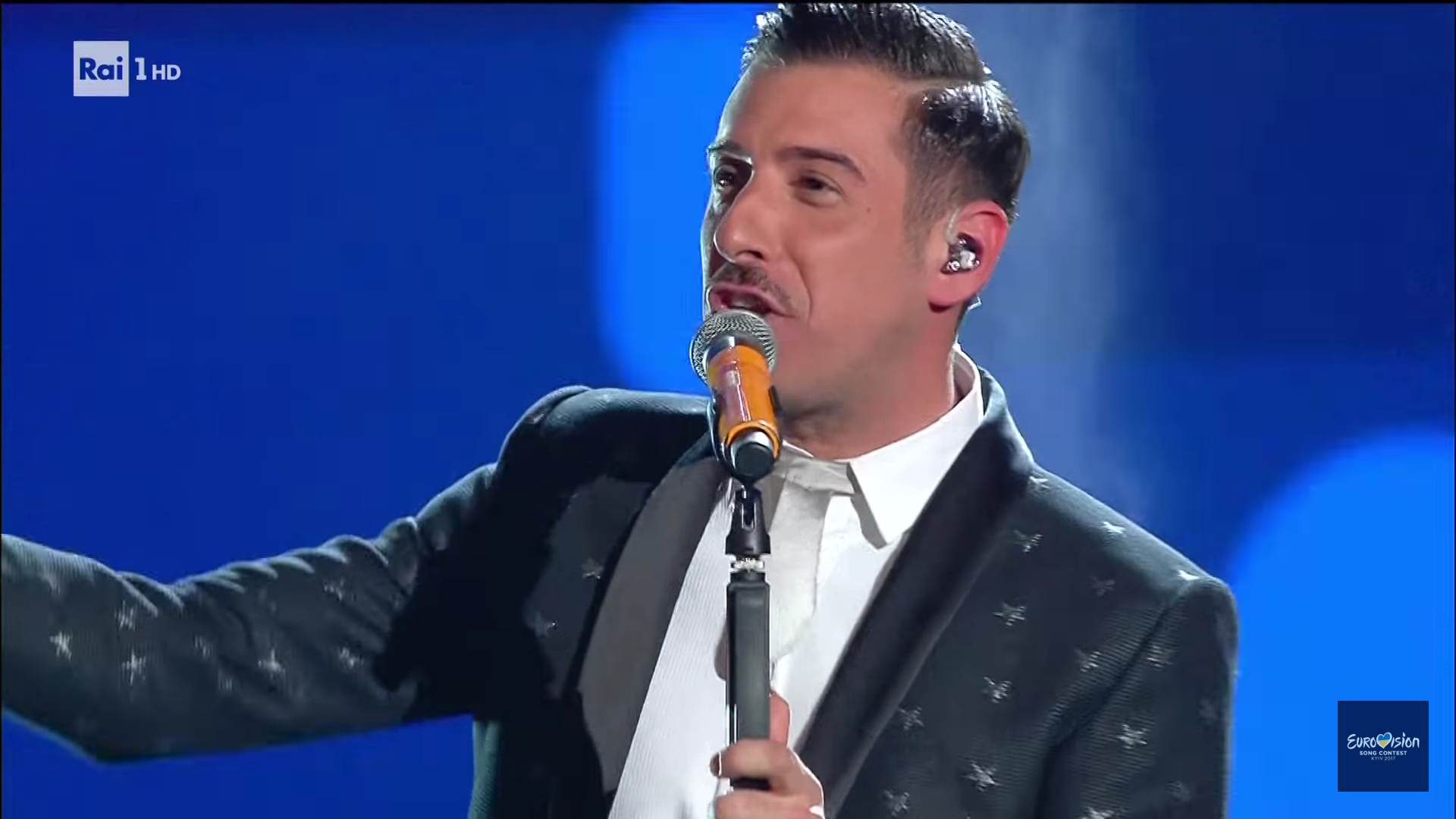 I am obsessed with this video.

If you don’t know what you are looking at, this is Francesco Gabbani’s winning performance at the San Remo music festival, which determines Italy’s entry to Eurovision, essentially the European ancestor of America’s Got Talent, but with all musical acts. You can see it has over 4 million views. 2 million of those are mine. Nah. But without hyperbole, 147 of them are. I can’t stop watching it.

There’s a lot to love in here.

And did I mention that tux? Upon close inspection, you can see it’s restricting his movement. He can’t lift his arms all the way, a trade-off possibly only an Italian man would make among performers, but definitely worth it.

I finally figured out why I am so obsessed with this performance: because it embodies one of the more desirable qualities we all want to have in our professional lives: charisma.

Well, to be honest, I didn’t pinpoint that charisma was why I loved this video right away. After watching it 132 times, I had decided it was a cocktail of all the above reasons, and at least 60% the tux. And then one afternoon, YouTube set itself to autoplay. (You know, YouTube doesn’t have an auto-repeat function, so that means I hit that little circle arrow, play it again sam, button 146 times or so.) But on autoplay (shudder) other songs get played. And that is how I accidentally saw the “official video” for this song.

I urge you to watch it:

Not because it is good. But because it makes it crystal clear why the live performance video is awesome: charisma.

But what is charisma?

Or at least, trying to do more of this manipulative stuff people tell you to do to cultivate charisma will not actually make you more charismatic. What it will do is make you more like the “official version” of Francesco Gabbani: cloying, self-conscious, smarmy.

See, that’s the danger of trying to be charismatic. If you miss the mark, you land in smarm territory. And oooh, it’s just awful. Far from being magnetic, you will actually repel people.

So what IS charisma? Well, let’s just describe this video. Francesco Gabbani did three incredible things that night in San Remo that resulted in (what may end up being) the performance of his life.

Let’s take them one at a time:

Another word for this is presence, but I prefer aliveness because it’s easier to understand what aliveness looks like when someone else has it. Presence is too elusive.

Ahh the magic of live performances, the convergence of so much energy into one single moment in time. For anyone who’s ever been on stage, you understand what a magical thing it is to create a live work of art. ALL of you, and I mean every piece of you – your body, your heart, your mind, your soul, and all of your subtler energies come together in a single time and place. You are there. You are present. You are alive. It’s a rush.

And the confluence of you and you in a single point in time is an extraordinarily rare occurrence in day to day life. Usually, our mind is not where our body is. Talking to friends, we’re texting. Sending an email, we’re thinking about what we need to finish before we leave the office. Eating lunch, we’re catching up on the business news or proofing a PowerPoint. Or – even worse – having a meeting! Or whatever.

Aliveness can only happen NOW. In THIS moment. Just look at Francesco in that video. He’s all there. He brought it all. And he left it all on that stage. That’s why he won.

You can do this too. You can do it every day (though probably not all the time. It takes something to marshal all of your energies into the now. So start with small doses.) Here’s how to get better at being in the now:

Another way to practice aliveness is this: when you are doing something, just do that. Practice giving your full attention to the task at hand. A good place to start is the gym. Turn off the music, the TV, and put away the book. Just be in your body for the duration of your workout and see how it feels. (Like I said, maybe start in small doses. Try it for five minutes and see what happens.)

By the way. You can’t fake this. People know when all your consciousness isn’t here right now. Just look at the “official video” version. You can see he’s trying too hard to look good, can’t you? Unfortunately, he kind of ends up looking like a douche. That’s what happens when you try to look good. So cut that out. Instead….

This guy danced with a gorilla. He wore a tux that restrained his motion so he couldn’t even do it right. He screwed up the moves at the last minute.

And never mind that he is singing this pretty heavy and biting song about the West’s usurping of Eastern values for commercial purposes. That’s why the ape is there. He’s calling us all dancing monkeys. It sounds much prettier in Italian.

But in the 3 minutes and 34 seconds of this video, there is not a moment of self-consciousness. He never questions, judges, self-deprecates, or even contemplates how he’s doing, how he looks, if he’s winning. And wouldn’t ya know, that’s part of what makes him winning?

Owning it means, you’re just you. You’re just there doing what you’re doing. You’re not judging it, you don’t even have an opinion about it. You are who you are. Some might call this confidence. But I assure you, you do not have to be or feel confident if you just own it. It sometimes happens that part of who you are is unconfident and insecure. You can be charismatic anyway. Just say to yourself: this is me right now. This is my body, this is my mind, these are my feelings, this is now, and I AM. #yeahbaby. Breathe. Feels good to be, doesn’t it?

Ultimately, this isn’t really possible unless you are alive and owning it. Having fun happens when the rest of the world falls away, and you’re just dancing. Dancing with life. Dancing with the person in front of you. Dancing with an audience of thousands. Figuratively dancing in your case, actually dancing in Francesco’s.

When you’re having fun, you’d rather laugh than “get it right.” You’d rather sing out of tune than reach for perfection. You’d rather feel alive than look good.

When you are having fun, you are irresistible. People will want to know you. They will remember you. And they will want to be in your orbit again and again.

Life is supposed to be fun. If it’s not, we’re doing it wrong. We all know that. And that’s why people who are having fun are the most magnetic.

So do what Francesco did in San Remo. Don’t try to practice your way to charisma, don’t plan out your elevator pitch, memorize it, and trot it out when you meet new people. Don’t micromanage your body language. And don’t even spend a moment thinking about how you look.

Just be alive, own who you are, and have fun.

And maybe get a satin star tux. That can’t hurt.