I gave up second guessing my decisions. Here's what happened 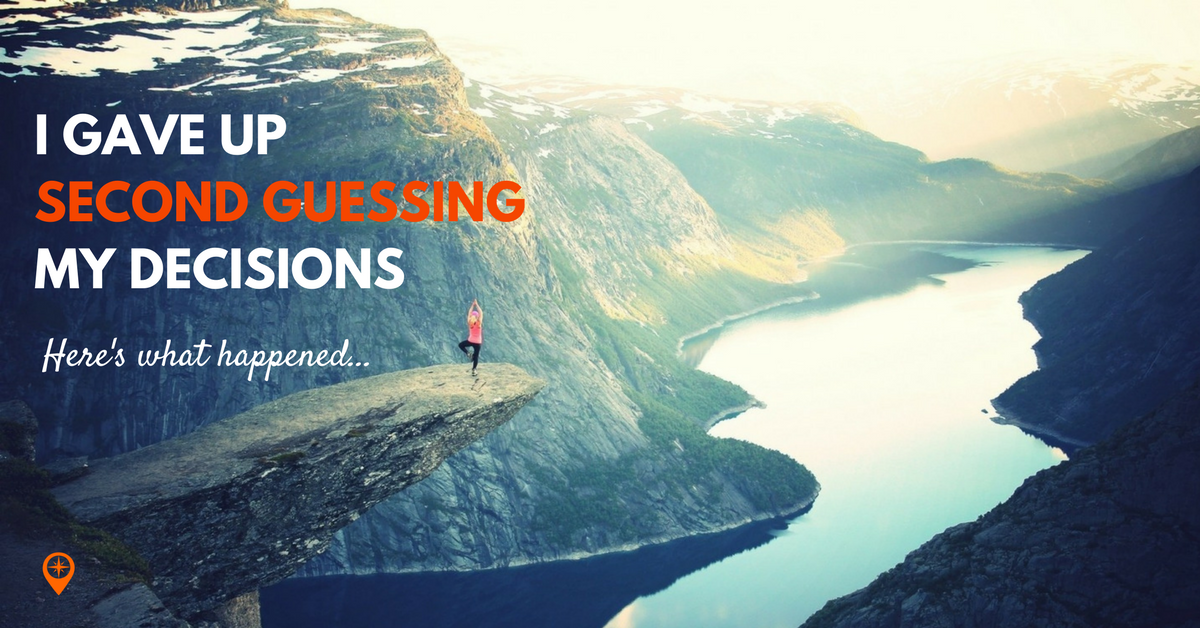 I have a long tradition of giving things up for Lent. In middle school, I gave up chocolate for several Lents. (I still remember crumbling chocolate chip cookies to eat everything but the chips.) Then in high school I gave up processed sugar for Lent. I did it again last year. And sugar is like my second mother: it always comforts me and I really love it. So this was a sacrifice!

This year, I wanted to give up something different. And full disclosure, I’m living in Italy right now and deprivation is not really a thing over here — I knew I would regret needlessly cutting out gelato for 40 days. 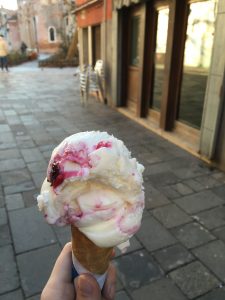 So, I tried to find something else to give up, and I found it easily. That’s because there is one bad habit that has detracted significantly from my quality of life over the past 12 months: second-guessing my decisions.

This was not a lifetime bad habit I needed to break. No, it was something that I had acquired in the last year with devastating ferocity as I immersed myself in the MBA application process.

As anyone who has attempted this process knows, it presents you with many challenging decisions (and these only multiply once you actually start school!) At every step of the way, the decision-making process gets more complicated. Last spring, I was researching and visiting business schools and attending information sessions and networking events; over the summer, I had to narrow my short list of schools, decide whether I would apply Round 1 (September/October deadlines), Round 2 (January deadlines), or a combination of both; and finally, select the schools to apply to and get the applications done!

If you’re lucky, at the end of the process you’ll be presented with some options, and that’s where the hardest decision-making comes in. How do you decide ultimately which school to attend?

At various steps in this process I second-guessed my decisions. It’s human nature to do this; it also causes great and unnecessary pain. Also, it reflects a fundamental misunderstanding of the nature of life. (Read on to find out why!!)

And the more I second-guessed decisions, the worse I got at making them. Flip, flop, flip flop. I couldn’t settle on a course of action. Everything seemed to hang in the balance. Everything was at stake!

And then, recognizing this state of affairs within myself, I started to really worry about how I would be able to make competent decisions in the future. Which clubs to join, which classes to take, what career path to pursue… what if they all seemed good and none seemed perfect and I made a choice and then regretted it??

Clearly, I realized 40 days ago, it was time to give up second-guessing my decisions.

I started with small things, like choosing how to spend an afternoon or what to order at a restaurant (yes, I was second-guessing even these decisions… it was really an addiction!). Once I became aware that I was doing it, it wasn’t too hard to stop; the challenge was creating and maintaining the awareness.

And now, 40 plus days later… here’s what happened to me when I stopped second-guessing my decisions.

1) I started to enjoy my life more.

Second-guessing your decisions is all about a voice in your head telling you that you did something wrong. You made the wrong choice; you made a mistake. It doesn’t feel good to hear those things. It also turns your vision away from the present and into the past. I realized I had been missing out on my life, the people around me, and the beauty of the world I so love to appreciate, because of an internal monologue that was so focused on trying to change the past.

Here’s another thing I noticed. All of that self-criticism? It takes a lot of energy. It was impossible for me to understand this when I was still addicted to the pattern of doubting my decisions. But basically, the critical part of my brain was over-used, draining energy away from the creative, innovative part of my brain. I started to have all kinds of creative ideas once I stopped doubting my decisions.

3) My sense of possibility increased.

And now we come to the fundamental misunderstanding part. The fundamental misunderstanding is this: the decisions you made in the past do not define the future. You define the future right now, by your attitude in this moment! Essentially, the urge to doubt decisions is motivated by the fear that the future is outside of your control. It reflects a sense of disharmony between you and the universe. So when I stopped questioning those old decisions, I started recognizing that they actually don’t matter that much. The less time I spend thinking about those decisions, the more time and energy I have to make the most of the situation I am in now and in the future.

4) It got easier to make decisions!

In the peace that arose when I no longer criticized myself over decisions I made in the past, I was able to tune in to myself and what I truly want, then make decisions faster — and move on after I did. Before, when confronted with a choice I felt paralyzed. Now, I feel more free to act on what I truly want.

And while I used to look forward to eating an entire Easter basket full of candy the second that Lent was over, this year, I’m in no rush to return to doubting my decisions.

That being said, I did eat a big chocolate egg on Sunday morning.

And you know what? I didn’t regret that decision at all!